When was the last time you visited the Seattle Japanese Garden? The quiet calm of this garden provides a welcome contrast to our often busy and stressful world. Additionally, as a landscape designer, our Japanese Garden has a special attraction. It distills design elements which are the cornerstones of good design.

The essence of the Japanese Garden is a tranquil sanctuary set apart from the outer world, in which one contemplates, communes and ultimately is transformed by nature as expressed inside the garden. Our own Seattle Japanese Garden, located within the Washington Park Arboretum, is a fine illustration - a quiet respite tucked just off busy Lake Washington Blvd East. A 3 ½ acre garden, designed and constructed under the supervision of the world-renowned Japanese garden designer Juki Iida, it was completed in 1960 and is one of the finest outside of Japan.

The garden is built in the “stroll” style, where the visitor walks the garden to experience it. In Japanese garden making, people are a ‘harmonious component’. As the garden is viewed from different vantages, they are invited to appreciate the features anew, the depth of the garden is revealed and by so engaging, the outer world is transcended. 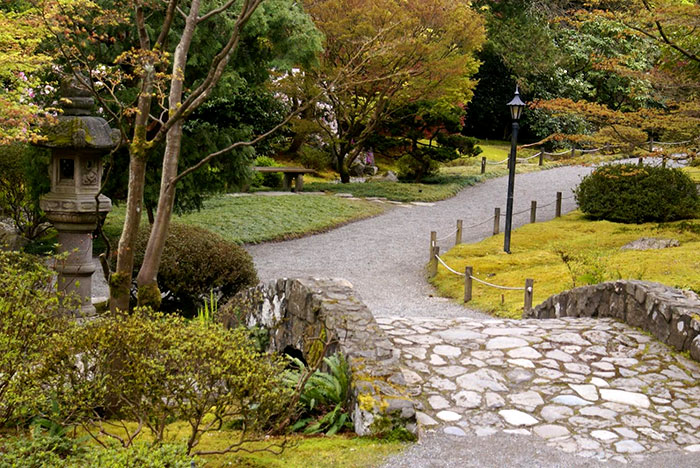 The principle of “hide and reveal” intrinsic in this garden creates mystery, discovery and delight. The surface of the path intentionally orchestrates the traveler’s pace, perhaps uneven to slow so that one sees the details, then a larger stone or bench inviting one to linger and savor.

This is the principle of distilling elements to their essence and evoking nature with a few carefully chosen and orchestrated pieces. This again relies on the observer to engage by contemplating, interpreting, and filling in the details. The water in Seattle’s Japanese Garden’s lake brings to mind the sea and the rock and islands, miniatures of Japan. There is the lore of mystical islands which floated until the Ruler of the Universe commanded that giant tortoises support them on their backs, and hence you may see in our Turtle Island the head, flippers or shape of the tortoise. The Pines suggest cranes; the weathered lantern, mankind’s presence.

Experiencing Time and the Seasons

The Japanese reverence for nature is experienced in the celebration of seasons and at the same time the acknowledgement of longevity. Rocks and evergreen plants give the garden permanence - structure against which the seasonal plants display their fleeting change of seasons and the passing of time. The ceaseless movement of water is another portrayal of time and continuity, as are the tortoise and crane. (Juki Iida, the garden’s designer, personally selected 580 large granite rocks from Snoqualmie Pass for installation in the garden.) 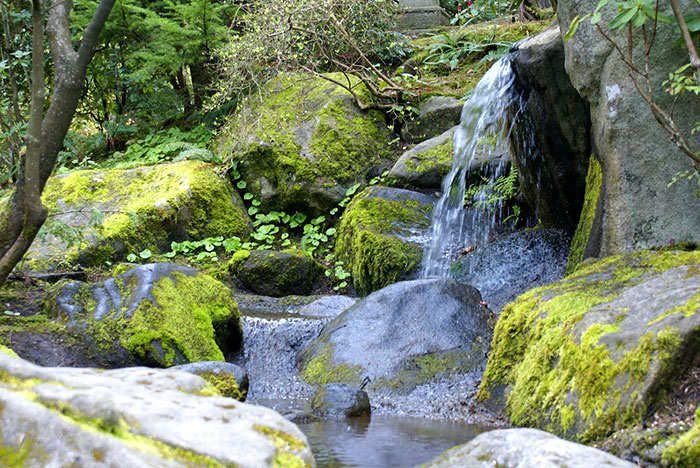 To create a world apart, a world of natural serenity, enclosure is essential. Here walls and fences provide the separation, as well as being a unifying element. The entry the gate is the threshold into this quiet world of calm, the place where one leaves worries and bustle behind in preparation to enter. 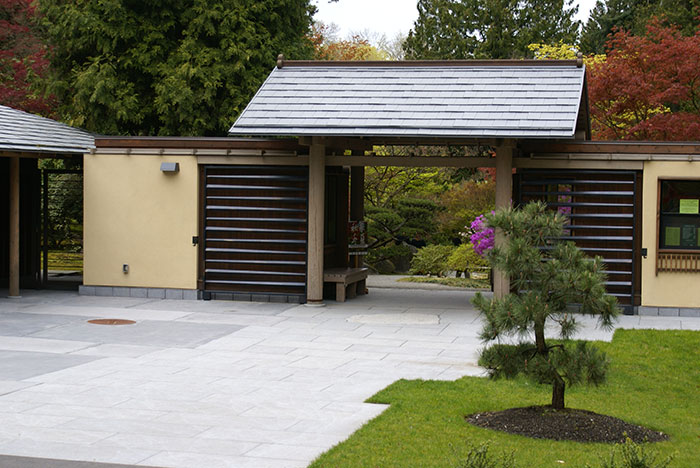 Shakkei, literally “nature which is captured alive,” is the technique of selectively including aspects of the outer world, while intentionally blocking others. It can be the nearby tree just on the other side of a fence or a mountain view carefully framed. Although borrowed landscape gives the impression of a larger space, when done to good effect, it heightens the feeling of enclosure. 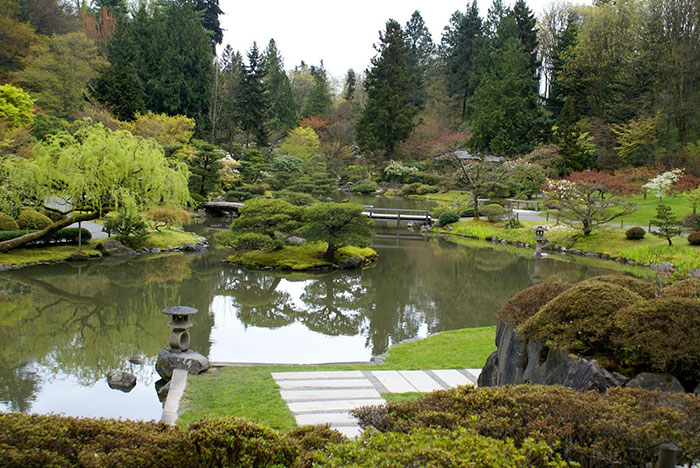 The Japanese spirit of balance is an asymmetrical weighting of elements. A classic example is the placement of stone – a large rock visually balanced by two carefully placed smaller ones. Intrinsic in this form of balance is contrast, “in and yo” (in Chinese yin and yang). The use of light and dark, water and stone, linear and serpentine, and verdant green plants against the grounded strength of rock, all balance each other. Balance is one aspect of unity. Water, rock, fences, repeating plants or even shapes serve to unify the garden, underlining the effect of a world apart. 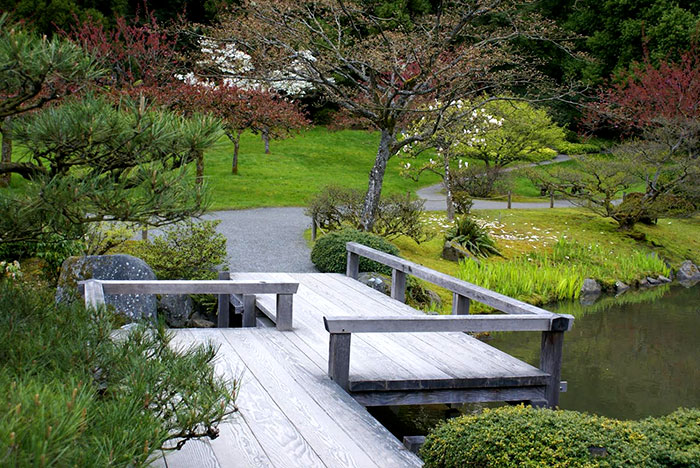 Our Seattle Japanese Garden is truly a unique local treasure. Have you been? Have you been lately? Go, take your time and become a `harmonious component’. Step through the gate and enter a world apart.

A special opportunity is the upcoming benefit Garden Party on August 12th.

"Joining APLD has been one of the greatest assets to my business. The friendships, connections, referrals, and extraordinary knowledge shared on the google group have been an invaluable resource. In addition, the programming has provided amazing learning opportunities. Our sponsors have also generously provided education, event spaces and support - Thank you! Membership has exceeded my expectations!"
Robin Parsons
Spring Greenworks LLC